The hybrid drive of the Touareg R essentially consists of a 2,995cc V6 turbocharged petrol engine which churns out 335 bhp and there’s the electric drive motor and a lithium-ion battery built into the luggage compartment underbody.

Volkswagen is all set to showcase the new Touareg R at the Geneva Motor Show. It will be the company’s top-of-the-line model and will feature a plug-in hybrid drive. The Touareg R with a power output of 456 bhp is all about providing zero emissions drivability and also a powerful turbocharged V6 engine. When the battery is sufficiently charged, the new SUV always starts in electric E-MODE for zero emissions. It can be driven at up to 140 kmph using electric power; above this speed, the turbocharged V6 petrol engine supplements the electric drive motor. The Touareg R will cover most commuter distances fully electrically.

The drivers can control the battery’s charge level using the Hybrid menu in the Infotainment system. It is therefore possible to reserve sufficient levels of electric energy even at the end of a long journey so that destinations in built-up areas can be reached with zero emissions. If the navigation system is active, the battery manager also looks ahead and predictively takes into account the route and topography data to the adapt battery use and thus optimise the electric range. 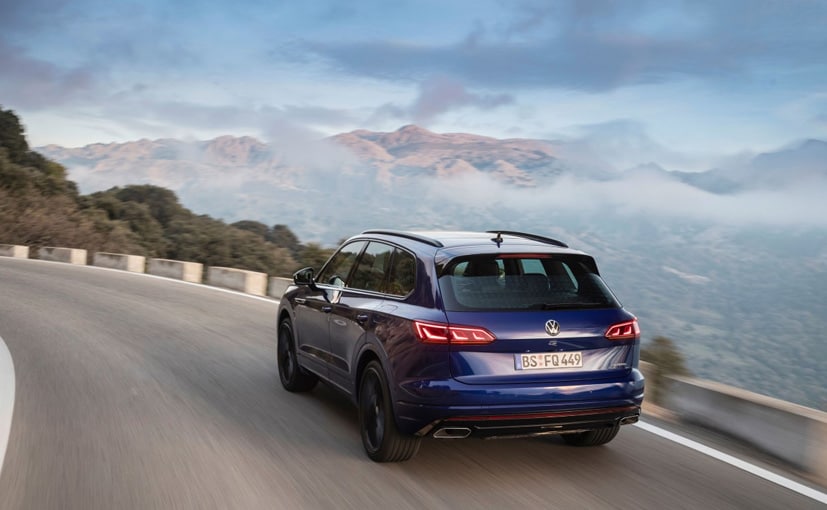 The hybrid drive of the Touareg R essentially consists of a 2,995cc V6 turbocharged petrol engine which churns out 335 bhp and there’s the electric drive motor and a lithium-ion battery built into the luggage compartment underbody. An 8-speed automatic gearbox and a transfer box transmit the power to the standard 4MOTION all-wheel drive system. 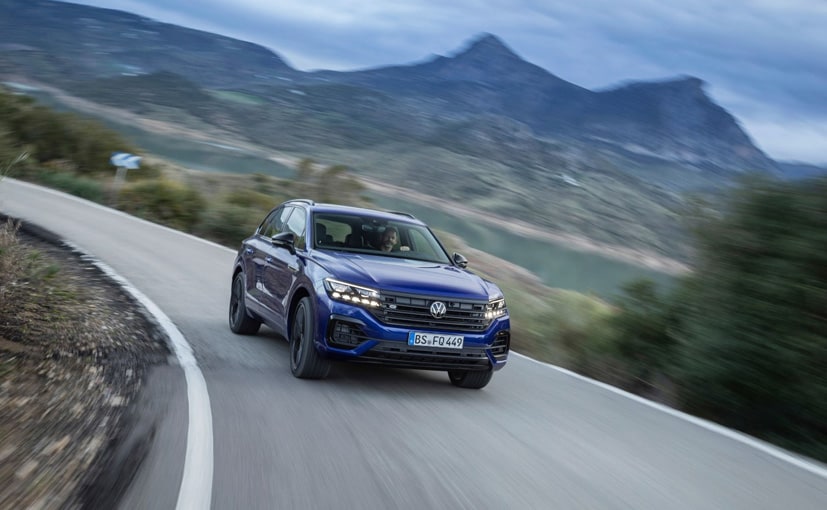 Thanks to the all-wheel drive and the very powerful hybrid system, the Touareg R is designed for a superior maximum trailer weight of up to 3.5 tonnes. This Volkswagen model is also the first plug-in hybrid SUV available with Trailer Assist – an assistance system for automated manoeuvring with a trailer. And this is also possible with purely electric power. The latest Travel Assist version is also a new feature, enabling assisted driving up to speeds of 250 kmph for the very first time.